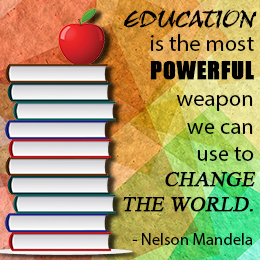 As a geriatric care manager, I regularly do prescription audits for our clients to look for problems that can come from their many medications. If you are a caregiver, I strongly encourage you to have your older adult bring a list of all their medications with them to each visit to their provider, and this includes the over the counter meds like vitamins or herbs. Let me explain.

If one pill can take care of one of our health problems, and another pill can take care of another of our health problems, and so on, it does not take much imagination to see where all the prescribing can take us. Referred to by some as America’s other drug problem, polypharmacy – prescribing which results in a patient being on two or more medications – has become the problem that has been spawned by the multiplicity of cures and the marketing machines behind them. According to IMS Health, a company that follows prescribing of medications, Americans alone spent more than $218.8 billion dollars on prescription drugs in the year ending January, 2010. At the start of the millennium, Americans filled about 2 billion prescriptions, and the number of prescriptions has already doubled again.

Some observers have attributed this tremendous rise in prescription drug consumption to the boom in response to the direct to consumer advertising that encourages the patient to talk with your health care provider about whether (fill in the blank) is right for you. It does not hurt that we now have new diagnoses with new names like urinary incontinence, overactive bladder, restless leg, gastro-esophageal reflux disorder (GERD to its friends), a wide array of mood disorders, and more. The many billions of dollars spent by pharmaceutical manufacturers each year advertise these conditions and stimulate the consumer market for their medications. In the trade, they refer to this as the “pull-through” promotion that can result in the prescription that may not have been written had the patient not mentioned the condition, the symptoms or the branded drug by name to their prescriber.

With all the old and new conditions with which a person may now be afflicted, most people stand a very reasonable chance of getting pills for most or all of their afflictions. Now, add in what an older adult may pick up over the counter (OTC), and polypharmacy is the result. Because almost any prescribed or OTC medication brings with it side effects, polypharmacy now brings greater baggage in the form of multiple side effects, multiple unintended consequences or even multiple interactions among the multiplicity of drugs.

The older adult in your life also is likely to see more than one doctor for more than one condition. A trip to the cardiologist will get one or more medications to address high blood pressure, arrhythmia or some other issue. But if the same patient is on another medication from another specialist or something they purchased over the counter, there may be interactions. Some pain medications are associated with problems in cardiovascular function. Or the drug that raises the low blood pressure when a person is lying down may also cause a spike in blood pressure when they stand. The list goes on.

Grownup learning is an important part of the European Fee’s lifelong learning policy. Free half-time higher education is supplied in nationally prioritised fields, e.g. for lecturers with no increased education. GROUPS access is proscribed to […] […]