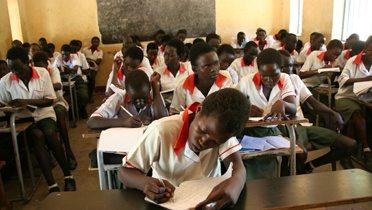 Some of the sexiest, hottest films and videos of all time feature sex scenes with no sex. Check out four scenes featuring clitoral orgasms without touching the woman at all!

This is because the writer, director, and producer have chosen to use the imagination to create scenes that will stay in the viewer’s head for years and years. These scenes are indelibly imprinted in the brain – the largest sex organ of the body.

If I were the director or writer, here are the four scenes I’d put in a movie.

Scene One. It opens, showing a man kissing a woman with a powerful, hot kiss. The guy asks the woman if she’s ready for something really, hot, imaginative, and amazing. She responds that she is ready. He asks her to go to work in her law firm with no underclothes. He also picks out the clothes that she must wear to work. Since she has a meeting of the partners and has to appear in court for an important case, she wonders if this is the day to do this.

She puts on the white shirt, not see-through but fairly sheer. She also slides on her dress and leaves her panties in the drawer. Since she has very large breasts, high and with prominent nipples, she wonders how this will go with her partners and the judge.

She goes to the meeting and gets some interesting looks. In court, the judge raises his glasses and peers down at her dress and shirt, but thinks maybe he shouldn’t say anything right then.

She is feeling powerful, sexy, and wet!

Scene Two. Her guy calls her at noon and gives her another assignment. He tells her that she must invite some guy, a stranger to go down on her. She must do that before she gets home at 5 o’clock. Obviously, the partner’s meeting won’t be the place to do that, nor the court. As she walks the final block to court, she sees a guy leering at her shirt, and what’s under her shirt.

She is shaking, so wet, and starting to convulse. She gathers herself and goes to court. All day, she is wracked with a sexual fever, wet, and unable to touch herself. Several times she seems on the verge of release.

Scene Three. She arrives home and she tells him how wet and excited she is. He tells her the next assignment is to go to a bar. She takes a shower, but wears the same outfit. At the bar, he tells her that she is to tell him the sexiest and naughtiest thing she has ever done. She goes through the escapade, blow by blow, and they are both shaking, excited, and ready for action.

Scene Four. They go to another bar and sit down. He now tells us what he is going to do to her, step by step when they get home. He will play with her ears, and push his long tongue inside. He then will cup her firm breasts and pull on the nipples. Then, he is going to give her a powerful, hot kiss. Next, he will take off her wet skirt and give her the kiss she wants – right between her legs.

She starts to sweat, convulse, and then shake. She has a full clitoral orgasm right in the bar. Several guys look at her, but she doesn’t care. She’s worked hard for this all day and she’s going to enjoy it.

What Is The Highest Educational Degree One Can Achieve?

The newly developed AA-T and AS-T degrees make the switch to the California State College system smoother and are designed to align your coursework at the neighborhood college with courses provided at the CSU. College […] […]